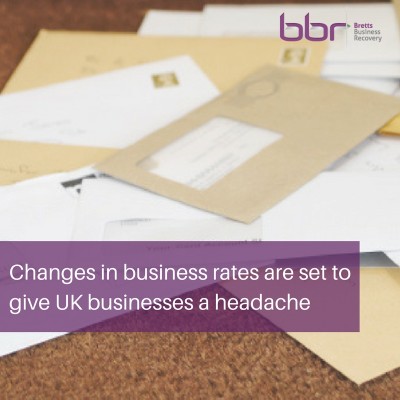 It usually happens every 5 years. The most recent revaluation came into effect in England and Wales on 1 April 2010, based on rateable values from 1 April 2008.

The next revaluations will be in 2017 in England, Scotland and Wales. There’s no date set for Northern Ireland.

All properties will be given a new rateable value. Some businesses will find their rates will go up and some will go down. The government has said that there will be more winners than losers but industry bodies have expressed their fears as it is not the revaluation taking place but a change in the process and appeals system that is causing concern.

Reaction to the proposed changes

The proposed changes in business rates have caused some of the biggest UK employers and trade groups to condemn the government’s proposal as ‘outrageous’.

The changes in rates which are planned to come into effect in April are the first for seven years and are set to cause the biggest shake up in business rates for decades.

The threat of businesses having to pay out more on top of already challenging trading conditions is not their only concern. A major worry comes from the new proposed way the government is now going to respond to appeals.

The last time the rates were revalued was in 2010, and at that time nearly half of all businesses appealed against how much they had to pay.

The government wants to cut down on the number of these appeals.

The trade groups say the government wants the right to dismiss appeals against incorrect valuations that are deemed to be within the bounds of “reasonable professional judgement”, or margin of error.

This allowable margin of error has not been disclosed, but experts say it could be as much as 15%.

The Treasury Minister, David Gauke, has said three in four businesses would not see an increase in their bill.

However John Webber, head of ratings at property company Colliers International, said the problem was that the “margin for error” allowed by the government was simply too wide.

“Every rateable value is an opinion, so there will be a boundary of judgement there. The problem you’re going to have is if you have a property with a rateable value of £100,000 and you think it should be £90,000, then that 10% tolerance is arguably still within the bounds of reasonable professional judgement.

“Therefore, the list will not be altered and as the rating list lasts for five years potentially you will be paying, over a five year period, at least 10% more than you should do,” Mr Webber.

Helen Dickinson, director-general of the British Retail Consortium, has said that the tax was “no longer fit for purpose in the 21st Century”.

She goes onto explain that although technically, under new government rules, business owners will be able to appeal against a higher valuation, a clause states that even if rates are found to be unfair they can still stand if they lie within the bounds of “reasonable professional judgement”.

The government is insisting that there will be many more winners under the new scheme. David Gauke, chief secretary to the Treasury, said: “Far from the picture painted by scaremongering ratings agents, nearly three-quarters of businesses will see no change, or even a fall, in their business rates bills.

“The fact is that the generous reliefs we are introducing mean that 600,000 small businesses are paying no business rates at all – something we’re making permanent so they never pay these bills again.

“Whether on a town’s high street or in a rural community, we’ve also introduced £3.6bn in support for companies affected by the business rates revaluation – a process that is making the system accurate and fair for everyone.”

Isobel Brett, Bretts Business Recovery has said “The main concerns lie with the uncertainty these changes are going to make and the ambiguous guidelines on the new appeals structure. We urge all small businesses that are affected by the new rates to act quickly if they feel their business future is as risk. Getting advice early is the key to damage limitation”.

If your or your clients business is likely to be effected by the changes in business rates and would like advice on the best course of action to protect the future of your business please get in touch. Tel  0808 168 7540