Changes to the Insolvency Service fees 2016 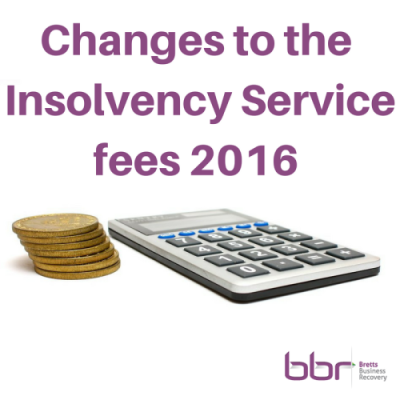 In conjunction with HM Treasury, the Insolvency Service has imposed a new fee structure for bankruptcies and compulsory liquidations which came into force on 21 July 2016.  The objective behind the new fee structure is for the Insolvency Service to achieve full cost recovery.  The Government estimates that the new fees will cost the creditor community an additional £8m per annum. It was originally agreed that changes were needed in 2014 and a review was commissioned. This review identified that the funding for Official Receivers Services should be more transparent and be compliant with HMT’s Managing Public Money (MPM) guidance. MPM guidance requires fees to be set at a level which aims to achieve full cost recovery and that those fees and charges should be reviewed regularly.

A new suite of fees is being introduced which aim to match costs to the activities being carried out. New fees are being introduced, not only to make the Official Receiver’s new fee regime fairer and more transparent, but to provide a stable funding platform for the Insolvency Service; which is able to flex in line with an increase or decrease in case numbers.

Administration fees and petition deposits will continue to be charged and are reviewed regularly to ensure that they are set at the appropriate level.

The Secretary of State fee will no longer be applied to orders made on or after the 21 July 2016. The existing Secretary of State fee was charged as a percentage of assets realised in a case. The new fee will be set at £6,000 plus 15% of asset realisation. The Government believes there should be more funds available to return to creditors in cases that have assets but some Insolvency Practitioners are not so sure.

Details of the new fees can be found here https://www.gov.uk/government/news/changes-to-official-receivers-fees

In addition to the new fees being introduced there are many changes to the existing fees and deposits.

Isobel Brett, Bretts Business Recovery commented “We find it disappointing that following recent changes in insolvency legislation to ensure that fees charged by independent insolvency practitioners are fair and reasonable, given the circumstances of each case, and which have given creditors a more active role to play in approving the quantum of fees charged, the official receiver appears to have no requirement to justify their own fees.”