Number of winding up petitions filed by HMRC rises by 13% 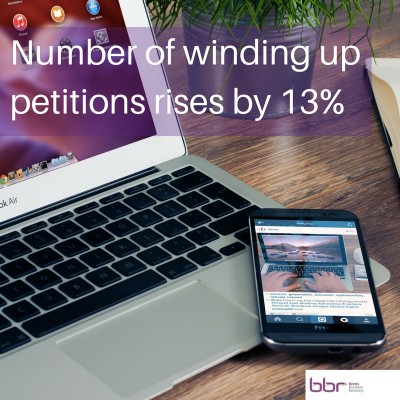 The online Business Supermarket says there was a 13% increase in the number of winding up petitions filed by HMRC in the last year in order to close businesses and meet unpaid tax bills,.

HMRC filed 3,484 winding up petitions in 2015, up from the 3,074 applications filed the previous year, as HMRC forced businesses to close in order and liquidate their assets in order to cover the unpaid tax bills.

The sharp jump in the number of winding up petitions filed by HMRC highlights the difficulties businesses, and in particular SMEs, can have in managing their cashflow to pay their key tax bills throughout the year, such as partnership tax, corporation tax and VAT bills. 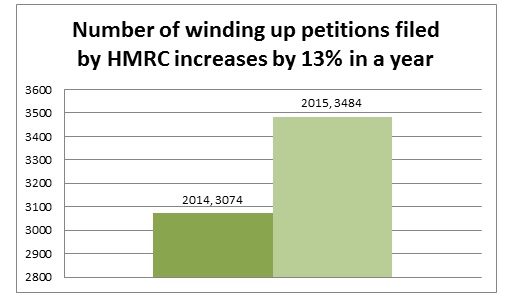 SMEs can often have a more volatile cashflow than larger business. Failing to pay tax can have dire consequences when it may not necessarily be the companies fault. For example, VAT is billed on amounts invoiced rather than amounts received which can present a problem for small businesses when a key invoice is not paid on time and the tax bill is due. The lead up to the Brexit vote with its uncertainty may well cause a further increase in winding up partitions as we move forward.

Those businesses at risk of not being able to pay their tax bill should seek advice on finance options now before attracting HMRC’s attention. More careful cashflow planning will help to reduce the risks of cash shortages and while banks have been seen to be more reluctant to lend to SMEs there are alternative funding options. Growing in popularity are asset finance, invoice finance, peer-to-peer lending and crowd funding.