UB40s bass player and business manager have been banned from being company directors. 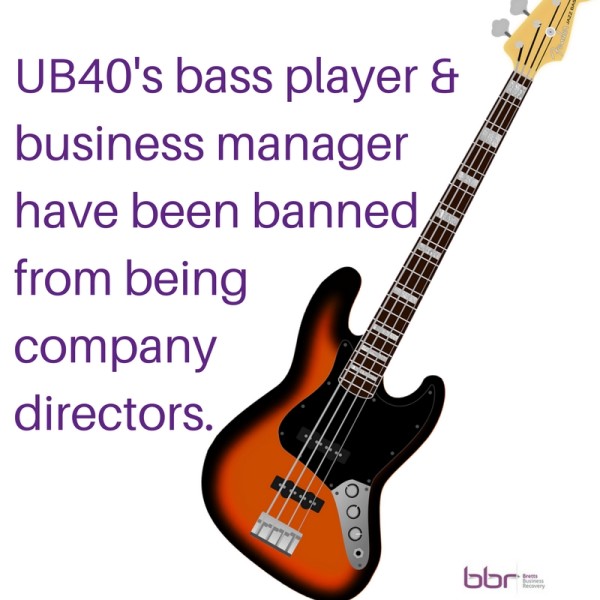 Mr Parker admitted breaching his fiduciary duties as director by dissipation of more than £250,000 of company assets in December 2013. The dissipation or squandering of funds was deliberate and knowingly carried out while the company was insolvent.

David Parker, was given an 11-year disqualification. Earl Acton Falconer and Lanval Reginald Storrod , who was also connected with the band, were both disqualified for four years. All three chose to submit a disqualification undertaking to the Secretary of State for Business, Energy and Industrial Strategy, rather than face further action i.e. a Disqualification Order which would have resulted in a longer disqualification period.

Reflex recording’s assets included the music catalogues of UB40 and any royalties associated with them. The company also conducted and managed the business affairs of UB40. On 18 December 2013, the business went into administration.