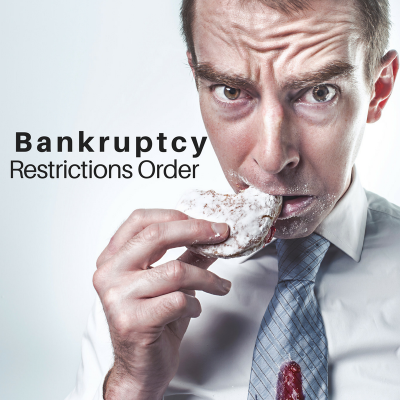 What is a Bankruptcy Restriction Order (“BRO”)?

Firstly what is a bankruptcy Restrictions order (BRO)? If the official receiver considers that a bankrupt has acted dishonestly, or is blameworthy in some other way i.e. excessive gambling, they will report the facts to court and ask it to make a BRO. The court will consider this report and any other evidence put before it, and will decide whether it should make a BRO. If it does, the bankrupt will be subject to certain restrictions for the period stated in the order. This can be from 2 to 15 years. For more details on what grounds a Bankruptcy Restrictions Order can be applied and what the effects and restrictions a ‘BRO’ can have on those it has been served click here

An investigation by a specialist team at the Insolvency Service found that investors were promised ‘guaranteed’ returns of 15 per cent every quarter and told their money would be used to trade spread bets.

In February 2012 The Financial Conduct Authority (FCA) obtained interim injunctions against Mr Mudge, freezing his assets and preventing him from operating the syndicate.

Mr Mudge acknowledged that by operating the syndicate without FCA authorisation, he broke the law. The High Court subsequently ordered him to pay £7,010,000 to the FCA to distribute to the Syndicate’s investors. Mr Mudge was made bankrupt after failing to pay any money to the FCA. Other sums that were recovered by the FCA funded a small pro-rata return to the investors; however they have, nevertheless suffered substantial losses.

Following his bankruptcy on December 9 2014, the Official Receiver further investigated Mr Mudge’s conduct and on February 3 2017, the County Court at Cardiff made a bankruptcy restrictions order against him for 12 years.

Commenting on the bankruptcy restrictions order, Ken Beasley, Official Receiver at the Insolvency Service said: “This case is a prime example of the losses that can be incurred via an investment scheme that looks too good to be true.

“Bankruptcy restrictions orders and undertakings are central to protecting not only the bankruptcy process, but the people and organisations owed money who suffer financially from irresponsible or unscrupulous behaviour.”

Mark Steward, executive director of enforcement and market oversight at the FCA, said: “Investors are often lured by false promises of high returns without the high risks being disclosed to them.

“Spread betting on securities or currencies is typically risky and investors in Mr Mudge’s scheme ended up losing substantial amounts of money. We urge investors to be vigilant and wary of anyone promising high or guaranteed returns – these are often the hallmarks of a scam, even if the trader is someone you know.

And check with the FCA Register to ensure the person is authorised to be advising or trading on behalf of customers”.